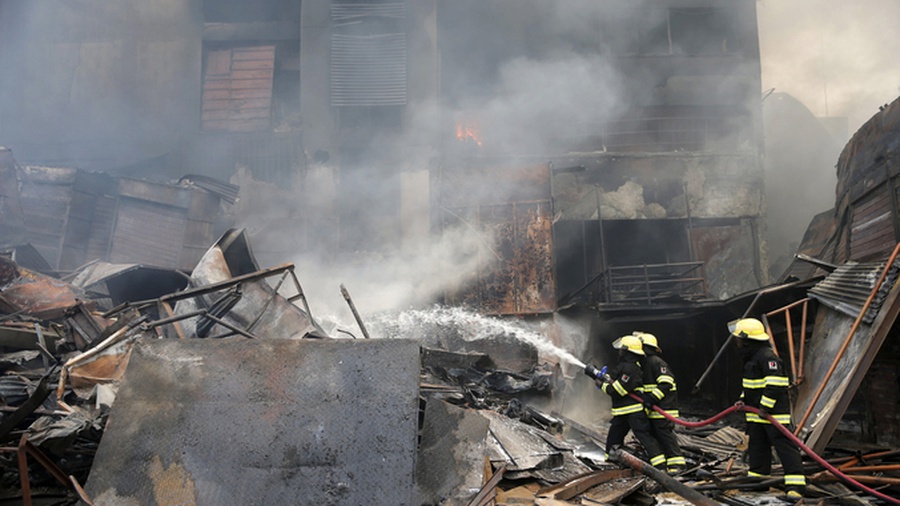 Innocent children, women and elderly people – who cannot protect themselves – were massacred. Village after village has been burned to the ground. And three young girls were sent to their deaths with explosives strapped to their bodies in so-called suicide bombings that killed scores of civilians.

Over the past week I hope you saw these news reports from northern Nigeria. And I hope you did not flip or click away to the next article – horrified, yes, but hoping these were only isolated incidents happening in some difficult-to-reach place in some other African country.

For these are not random acts of brutality. The violence in northern Nigeria is constant. Attacks that leave hundreds dead and wounded are a near-daily occurrence. It’s been happening in Borno state for months.

In November another child was sent into the morning assembly at a school on a suicide mission, killing 48 pupils. In February an attack on a college killed 45 pupils, some as young as 13. And let us never forget the many kidnapped schoolgirls who have not been brought back to their families.

The perpetrators of these attacks show no signs of stopping as they increasingly target innocent children – and education. Since 2013, 338 schools have been destroyed, and nearly 200 teachers and more than 300 pupils have been killed in Yobe, Adamawa and Borno.

The persistent threat of violence has disrupted the education of hundreds of thousands of students.. And the unrelenting violence has traumatised thousands of children who have been witness to, and victims of, these horrors in the region.

The escalating violence is terrible for the children and all the defenceless victims in northern Nigeria. The violence has displaced nearly 900 000 men, women and children. More children are at risk of malnutrition. Food security concerns are on the rise. Conflict can also cause gaps in immunisation coverage, increasing the risk of disease.

Nigeria’s future helps to set the future of Africa, and what affects Nigeria also affects neighbouring countries. Already, people fleeing the violence in northern Nigeria are streaming into neighbouring Cameroon, Chad and Niger – reportedly more than 75 000 refugees so far.

The horror of what has been happening for some time now in northern Nigeria cannot go on.

It’s a start if we refuse to turn the page on these atrocities. But it is not enough. Words of outrage, such as this opinion piece, are not enough.

And all of us must demand an end to the deliberate targeting of children in violent conflicts. Everywhere. For it is not only in northern Nigeria where children are increasingly under attack by armed groups and forces.

And it is not, of course, only in Africa where children are bombed in their beds, forced to flee their homes, deprived of an education, recruited as soldiers or married off as wives while still children.

In Syria, in Iraq, in Afghanistan and Pakistan; in the Central African Republic, in South Sudan, in Yemen; in Gaza and in Ukraine, 2014 was the worst year in recent memory for children, some 15-million of whom currently live in countries embroiled in major conflicts. As many as 230-million children around the world live in countries affected by conflict.

Otherwise, we doom ourselves to ushering in another “worst year” for children in 2015 – and we condemn those children to suffering through it.