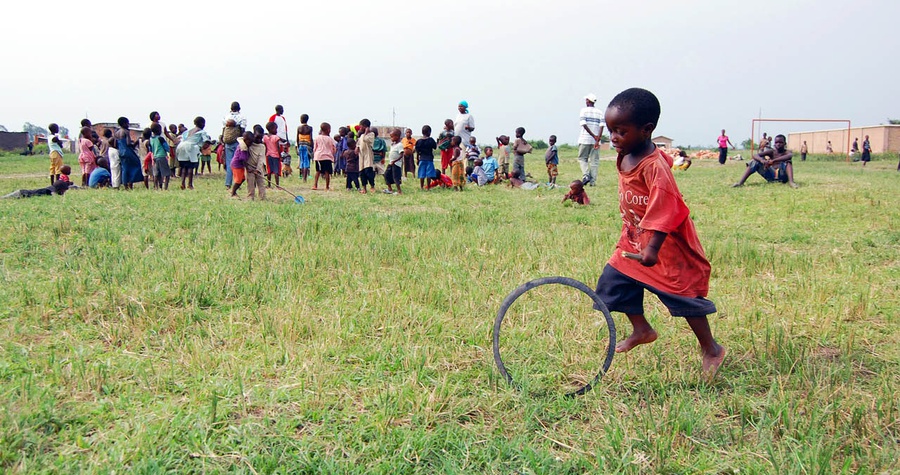 New York –Boys and girls in north-east Nigeria continue to be brutalized as a result of Boko Haram’s insurgency in the region and the ensuing conflict. This is the conclusion of the first “Report of the Secretary-General on children and armed conflict in Nigeria” (S/2017/304), which documents the impact on children of the severe deterioration of the security and humanitarian situation in the country between January 2013 and December 2016.

“With tactics including widespread recruitment and use, abductions, sexual violence, attacks on schools and the increasing use of children in so-called “suicide” attacks, Boko Haram has inflicted unspeakable horror upon the children of Nigeria’s north-east and neighbouring countries,“ declared Virginia Gamba, Special Representative of the Secretary-General for Children and Armed Conflict.

The Special Representative commends the Government of Nigeria for the measures already adopted and their collaboration with the UN to improve the protection of children. She calls upon the authorities to ensure that all boys and girls are provided with the necessary support and services to facilitate their reintegration into their communities.

During the reporting period, attacks by Boko Haram on communities and confrontations between the group and security forces resulted in at least 3,900 children killed and 7,300 more maimed. Suicide attacks became the second leading cause of child casualties, accounting for over one thousand deaths and 2,100 injuries during the reporting period. The Secretary-General’s report strongly condemns grave violations against children committed by Boko Haram and urges the group to cease all such violations immediately.

The UN verified the recruitment and use of 1,650 children. However, estimates indicate that thousands more could have been recruited and used by Boko Haram since 2009, with credible accounts of children as young as four years old associated with the group.

Testimonies from children separated from Boko Haram indicate that many were abducted, but that others joined the group due to financial incentives, peer pressure, familial ties and for ideological reasons. In some instances, parents gave up their children to obtain security guarantees or for economic gain.

The children were used in direct hostilities, for planting improvised explosive devices, to burn schools or houses and in a variety of support roles. Beginning in 2014, children, and especially girls, were increasingly used in so-called “suicide” attacks. The UN verified the use of 90 children for suicide bombings in Nigeria, Cameroon, Chad and Niger, the majority of whom were girls.

Schools have been targets of choice for Boko Haram and the United Nations estimates that 1,500 were destroyed since 2014, with at least 1,280 casualties among teachers and students. In some cases, schools also provided the settings for another of the group’s main tactics: the mass abduction of children. Credible reports indicate that at least 4,000 girls, boys and young women were abducted during the period under review, including the 276 girls taken from their school in Chibok three years ago.

The UN was able to verify incidents of sexual violence affecting 217 children during the reporting period. However, as rape and other forms of sexual violence are more challenging to document, it is estimated that thousands of women and girls may have been victims of this violation.  Many were subjected to forced marriage and forced religious conversion. When they managed to escape or were rescued, these girls often faced stigma and rejection from their families and communities, especially when children were born as a result of rapes during their captivity.

Concerns raised by the response to Boko Haram

The UN documented the recruitment and use of 228 children, including some as young as nine by the Civilian Joint Task Force (CJTF), created in Borno State to assist the Nigerian Security Forces. Children were used mainly for intelligence-related purposes, in search operations, night patrols, for crowd control and to guard posts. The CJTF initiated a dialogue with the UN to develop an Action Plan shortly after their listing in the Secretary General’s annual report for the recruitment and use of children.

“I am heartened by the CJTF’s openness to improve the protection of children and encourage them to finalize the development and implementation of an Action Plan to end and prevent the recruitment and use of children,” declared Virginia Gamba. “I also encourage the Government of Nigeria to support this process.”

Another concern is the detention for alleged or suspected association with Boko Haram. Starting in 2014, children who surrendered or were captured during military operations have been detained for screening, with some classified as combatants and transferred to military detention facilities. In 2016, more than 1,100 children were also deprived of their liberty because of their parent’s alleged association with Boko Haram. On average, children were detained between three to four months, but 68 boys between the ages of 12 and 17 have been detained since September 2015. In a positive development, as of December 2016, 1,058 children have been released and UNICEF has worked with partners to provide them care and protection services. The Government of Nigeria and the UN are also engaged in ongoing discussions to enhance the protection and well-being of children encountered in these operations by developing joint standard operating procedures for the handover of children to protection actors.

“I welcome the efforts made to release children and to continue to provide access to the UN to facilities where children have been detained. I call on the authorities to treat boys and girls formerly associated with Boko Haram primarily as victims,” said the Special Representative.

In conclusion, she urges all parties to abide by their obligations under international humanitarian, human rights and refugee law and to ensure civilians are protected during armed clashes.

Read the Report of the Secretary-General on children and armed conflict in Nigeria : http://undocs.org/S/2017/304