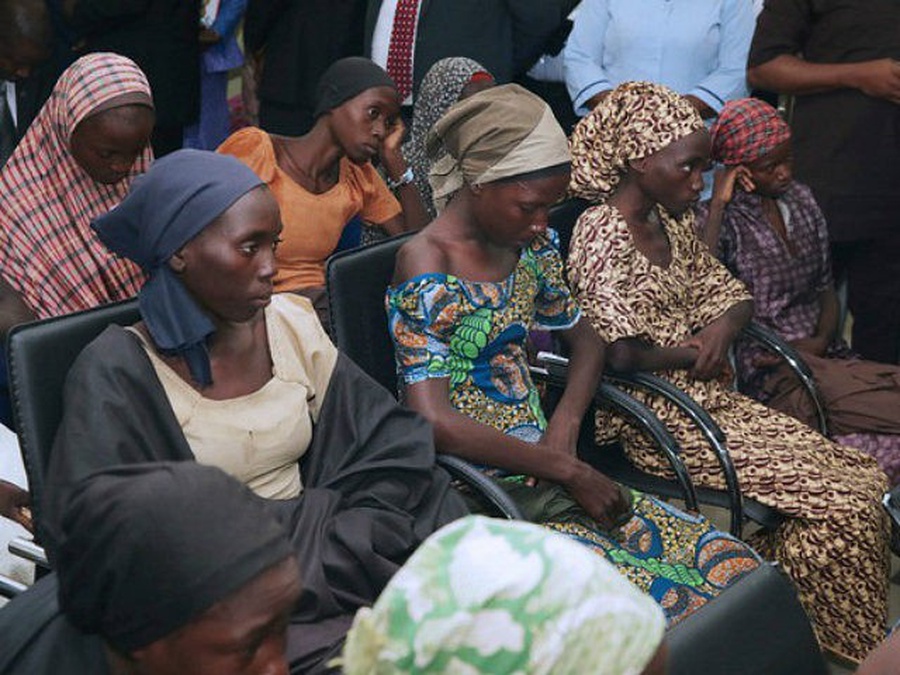 ABUJA, 18 October 2016 – The emotional reunification with their families on Sunday of 21 of the girls kidnapped by Boko Haram more than two years ago in Chibok, northeast Nigeria, highlights the need for intensive support for women and girls who have been held by the group.
“The release is great news and we are delighted to see the girls back with their families, but we must keep pressing for all the women and children held by Boko Haram to be freed,” said Gianfranco Rotigliano, Representative of UNICEF Nigeria a.i. “And we must bear in mind that all of those who have been held by Boko Haram will face a long and difficult process to rebuild their lives after the indescribable trauma they have suffered.”
The more than 200 Chibok girls abducted by Boko Haram in April 2014 are among thousands of women and girls that UNICEF estimates have been held and subjected to violence by the group.
UNICEF has supported hundreds of women and girls who have already been released or escaped from Boko Haram.
The girls report they have been subjected to rape – frequently in the form of forced “marriages” –   beatings, intimidation and starvation during their captivity. Many returned pregnant or with babies as a result of rape.
When they do reach safety, girls who have been held by Boko Haram are often ill, malnourished, traumatized and exhausted; they are in need of medical attention and psychosocial support so they can begin to come to terms with their experiences and reintegrate with their families and communities.
Frequently, returning to their families and communities is the beginning of a new ordeal for the girls, as the sexual violence they have suffered often results in stigmatization. People are also often afraid the girls have been indoctrinated by Boko Haram and that they pose a threat to their communities. The use by Boko Haram of children – mostly girls – as so called ‘suicide’ bombers has fuelled such fears. Children born as a result of the sexual violence are at even greater risk of rejection, abandonment and violence.
Since January, UNICEF and its partner International Alert have been providing psychosocial support for women and girls who have experienced sexual violence at the hands of Boko Haram. UNICEF and International Alert are also working with affected communities through a network of trained religious and community leaders to promote acceptance and to address negative perceptions that hamper the reintegration of women and girls who have suffered such violence.
Funding from the Swedish International Development Agency and the UK Department for International Development has so far this year enabled UNICEF to provide a comprehensive programme of reintegration assistance to more than 750 women and girls subjected to Boko Haram-related sexual violence.
With such large numbers of women and girls having been held by the group, however, the long-term provision of much-needed support remains heavily underfunded.
###