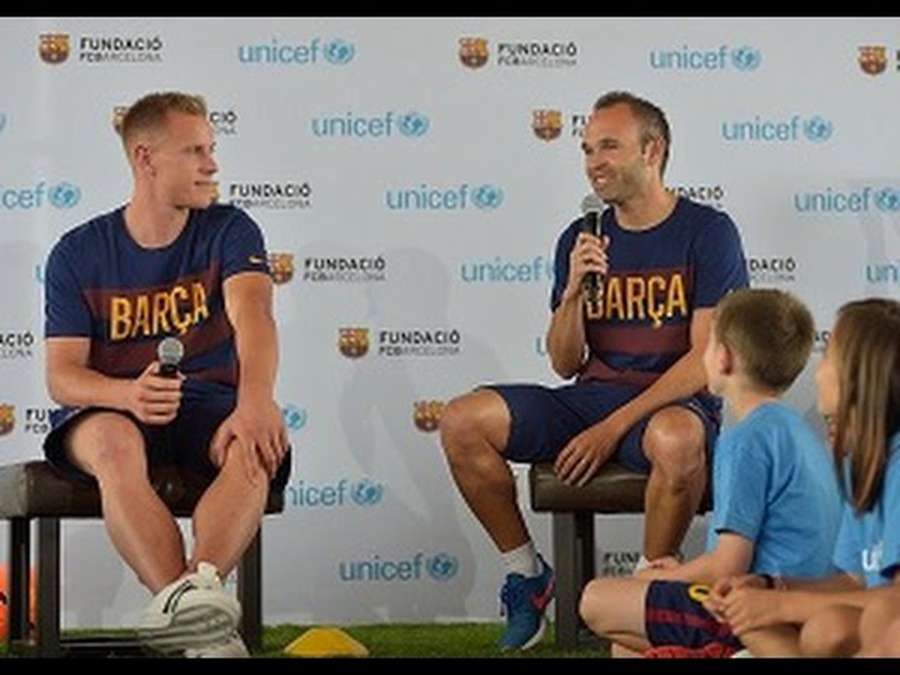 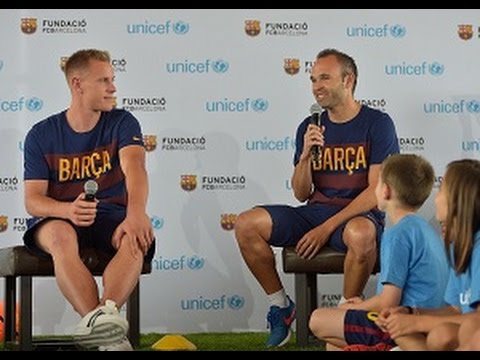 LOS ANGELES, USA, 22 July, 2015 – At an event hosted by UNICEF and FC Barcelona, a group of students in Los Angeles, California, met with players Andrés Iniesta and Marc-André Ter Stegen to discuss the critical role that sports play in children’s lives and development around the world.


FC Barcelona players Iniesta and Ter Stegen had the opportunity to share their thoughts and experiences with the students. When asked by a girl in the audience what the UNICEF logo on the FC Barcelona jersey means to the players, Iniesta responded:

“For us as individuals, and as a club, it’s an honor to wear the jersey because of the values that UNICEF represents. Alongside UNICEF, we want to reinforce the importance of providing the most vulnerable children with access to education. Especially as parents, we are aware that children are the most precious things in our lives. It’s difficult knowing that there are children in other countries who don’t have the same opportunities.”

Ter Stegen underscored the importance of studying to achieve one’s dreams: “I had a lot of coaches and each of them advised me how to reach my goals. But it’s not enough to have coaches or just play soccer. Education has been really important for me.”

UNICEF and FC Barcelona kicked off a partnership in 2006 to raise awareness and funds benefiting millions of children. FC Barcelona supports UNICEF programs that integrate sports and play into education as catalysts to unlock a child’s potential.